Wisconsin and its bipolar vortex.

I live in Wisconsin. It's known for its cheese, its football team, and a broad, stereotyped midwestern accent that I don't share.

Story time: A nice elderly German couple once stopped me for directions, which I was happy to provide. We chatted a little more, and she asked me what country I was from. I told her I was American. She asked if I was a native Wisconsonite, and I said no, but I have lived here most of my life. They both complimented me on my diction. I'll just say, speaking of stereotypes, when Germans compliment my diction, I take that as high praise.

Anyway, Wisconsin. It should be known for its maple syrup, but it's not. And every so often, when we're slammed with some sort of Lovecraftian weather system, Wisconsin is known for its bizarre climate. It's hard to believe we're farther south than beautiful, temperate Ireland.

Since I don't know you, let's talk about the weather.

Winter of 2013 was especially impressive, not for its severity (though we did have a two-month stretch where the temperature dipped well below freezing every single night)--but for its tenacity. There's been a lot written about it already, and I figured now that we're in the clear (it's almost May and the snow is finally gone) I'll add my brief two cents.

And by two cents, I mean three photos: 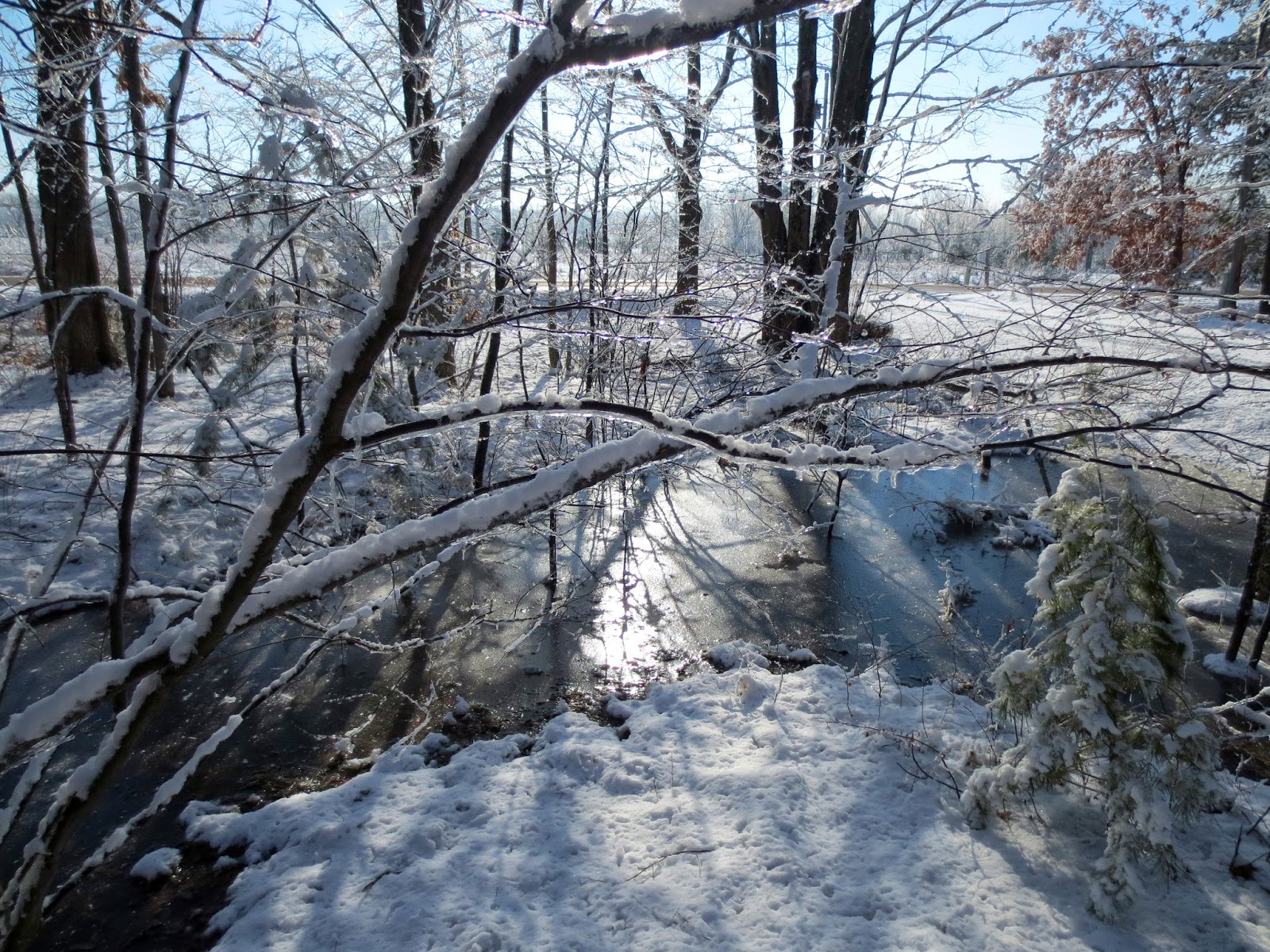 Walking in a spring wonderland.

It had just started warming up a little, when we got the middle finger from Mother Nature: an ice storm. I woke up the next morning and our yard looked like this.  It was pretty, but it was also the fifth of April and we were all sick of this crap. The bizarre thing was that, even though everything was covered in ice and snow, it wasn't really that cold out. Like we lived in Arendelle on coronation day.  And this stuff stayed around for the entire day, just in case we felt nostalgic for...I don't know, the previous month?

Then, because Wisconsin is a punk, the next day our yard looked like this: 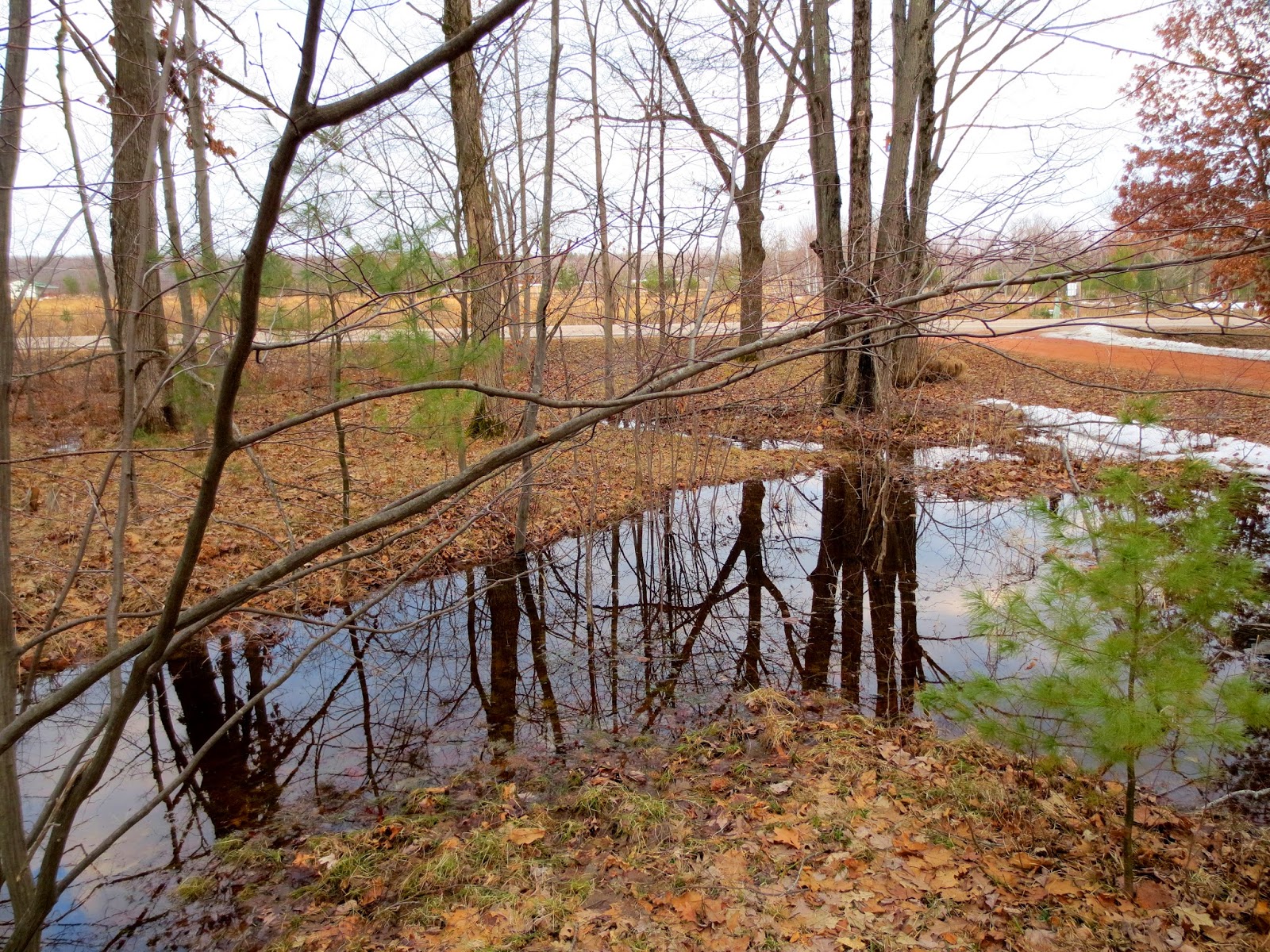 Seriously. This is the same spot, 36 hours later.

Yup. All of it was gone. The rest of the week was kind of chilly, and a little rainy, but overall we were happy to be rid of all the snow.  Then Saturday came. 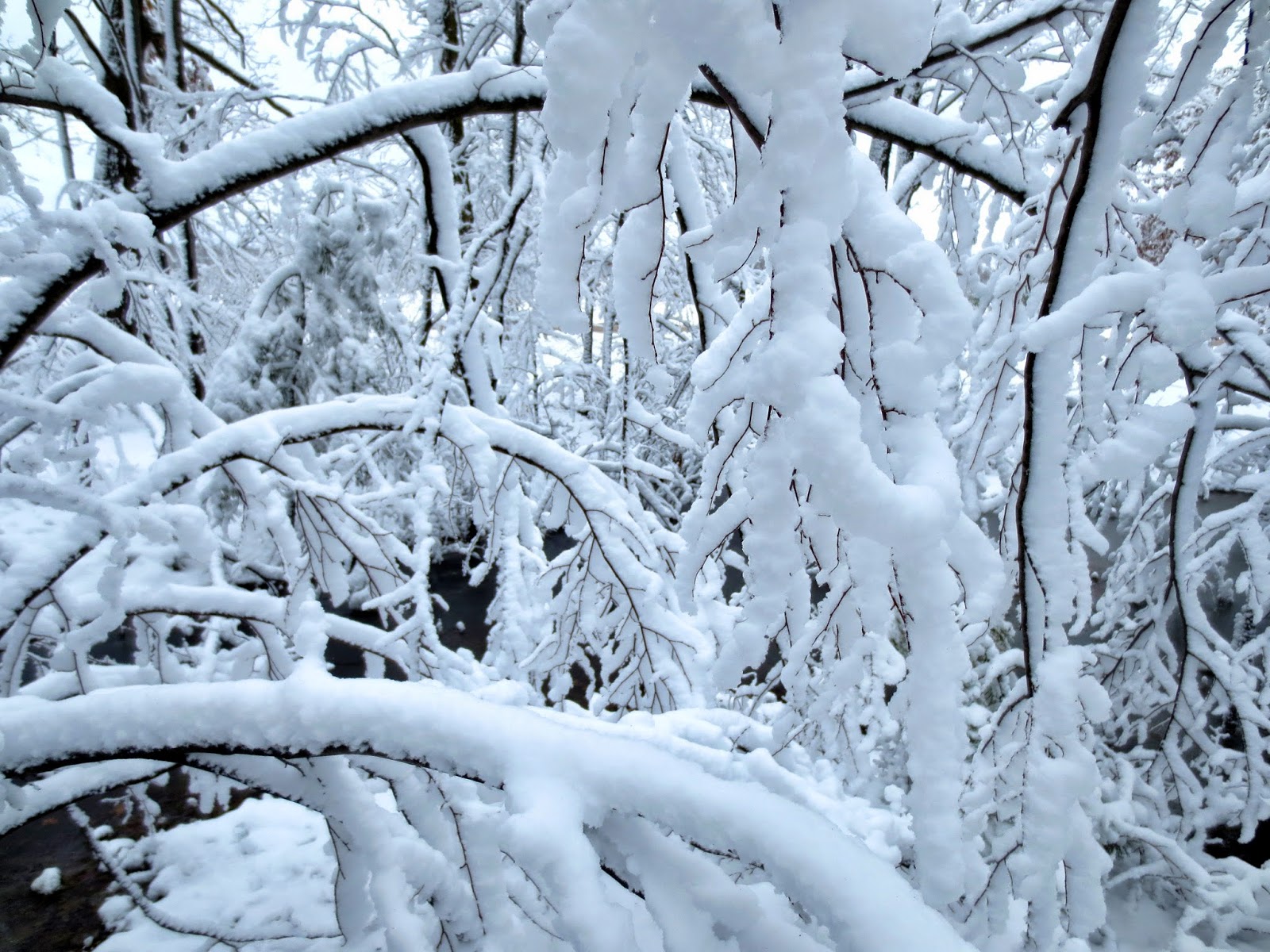 Wisconsin, you are a cruel, cruel state.

Before you ask, that photo was taken from the exact same spot as the first two, one week later. There was so much snow it weighed down all the branches. When a breeze picked up, I got big clumps of snow dumped on my head.

I could talk about climate change, or throw around the term "polar vortex" just like everybody did for every change in weather since we weathered the real polar vortex. Seriously, people. Not every cold snap is a "polar vortex."

Instead, I'm going to blame the ridiculous weather on the fact that Wisconsin seems to have the market cornered on serial killers. The state is trying to get the next batch to move somewhere else. Like Iowa.

As I write this post, it's cold, raining, and so windy the house creaks like it will collapse at any minute (yesterday, by the way, was sunny, warm, and beautiful). And we're surrounded by trees that are blocking most of the wind, so I'm sure it's much worse than I know.

Later this afternoon, the forecast calls for locusts and a rain of blood. I'll probably have to wear a hat.
Posted by Jackie's Fridge at 1:31 PM